I don’t think I ever sought love a game more than The Black Out Club. It’s just… the game feels like it’s doing its best to push me away every moment. 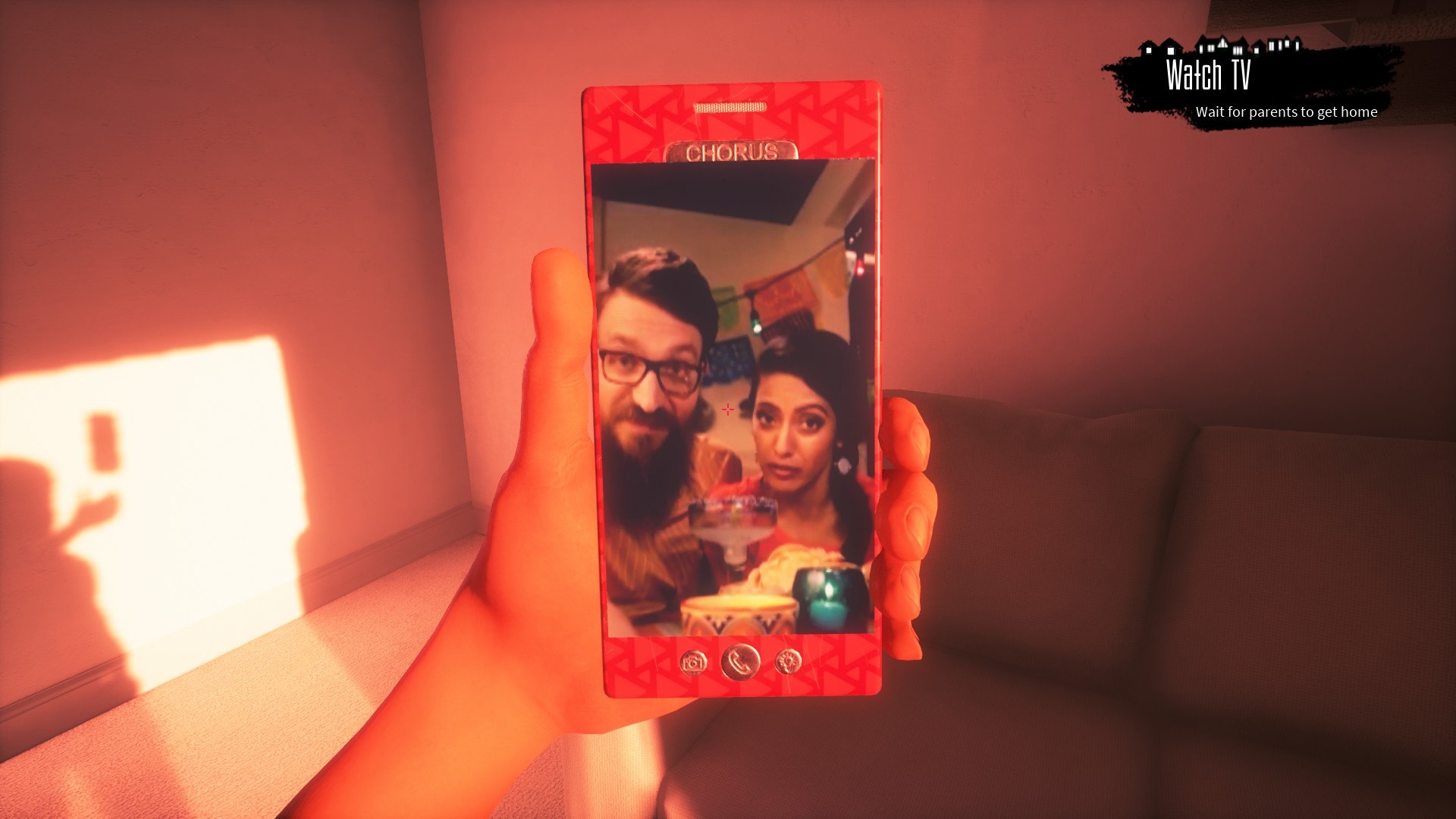 The Black Out Club begins with a prologue that sets up a 10/10 game. Seriously, it’s a wonderfully crafted introduction to both the story and the gameplay elements that will inspire players to jump in and experience the rest of the game.

And then the rest of the game destroys your soul.

The prologue sets up an intriguing story of “The Blackout Club”, a group of children who have banded together to find out what is happening in the world with their town of Redacre. You see, Redacre adults turn into pseudo-possessed sleepwalkers at night but act completely normal during the day, as if nothing had happened. So it’s up to the kids to uncover evidence of some kind of “greater evil” and try to recruit as many people as possible.

The actual game is almost nothing like the prologue. The current game is a series of randomly generated missions on an ever-changing map that lead to…nowhere. After 18 hours of playing the same mission structures over and over, I know next to nothing more about the plot itself. There doesn’t seem to be an end to the game either. I’ve unlocked everything there is to unlock except for a few skills and have lost all will to continue.

Players start in a central area where they can choose their starting gear, spend skill points, gain trivial knowledge, and otherwise just have fun. Starting tools consist of a crossbow, taser, and grappling hook; each having their own advantages for different playstyles. Personally, I opted to use the taser or crossbow for most missions, although that was because my friend always carried a grappling hook. In general, most of these tools turn out to be rather useless in practice.

After starting a mission, random objectives are created which must be completed in order to gain experience and level up. These objectives often involve getting items on the map and/or placing items on the map (such as recruiting posters for The Blackout Club). In doing so, players must avoid two types of enemies: sleepers and lucids. Sleepers are blind (sleepwalkers, essentially) and will notice any sound in their vicinity. Lucids can see and hear, so players must be very careful to keep quiet and stay in the dark. There are also drones and cameras that can spot players, but there really is a need for new and interesting enemy types in The Black Out Club.

Well, actually, there is one more enemy. It’s called the shape and it will only appear after the player(s) messed up a handful of times. Being spotted, making noise, eliminating enemies, and other missteps all add up to an invisible meter. Once this meter is filled, the shape spawns and chases a specific player. Players can close their eyes to see things hidden around the map, and the shape can only to be seen with eyes closed. When it’s near, players have a UI element to warn them, but to know where it is, players must temporarily blind themselves. This is a great mechanic that discourages mess because once the Shape is out to grab someone, it doesn’t leave until it grabs them. If the form takes a player’s spirit, another player can revive it, but if it continues, the player dies.

That’s basically it. Completing missions rewards experience, which can be used to learn new skills in various specialties. Many skills seem useless or difficult to use, although they are useful from time to time. Leveling, more importantly, unlocks new areas of the underground part of the map, accurately labeled “the maze”. The problem is that since the missions are random, the map almost doesn’t even matter. There is a ground to explore in the maze, but the mission design is so sterile and repetitive that most knowledge gathering happens slowly over time, as missions push players to different parts of the sprawling underground. 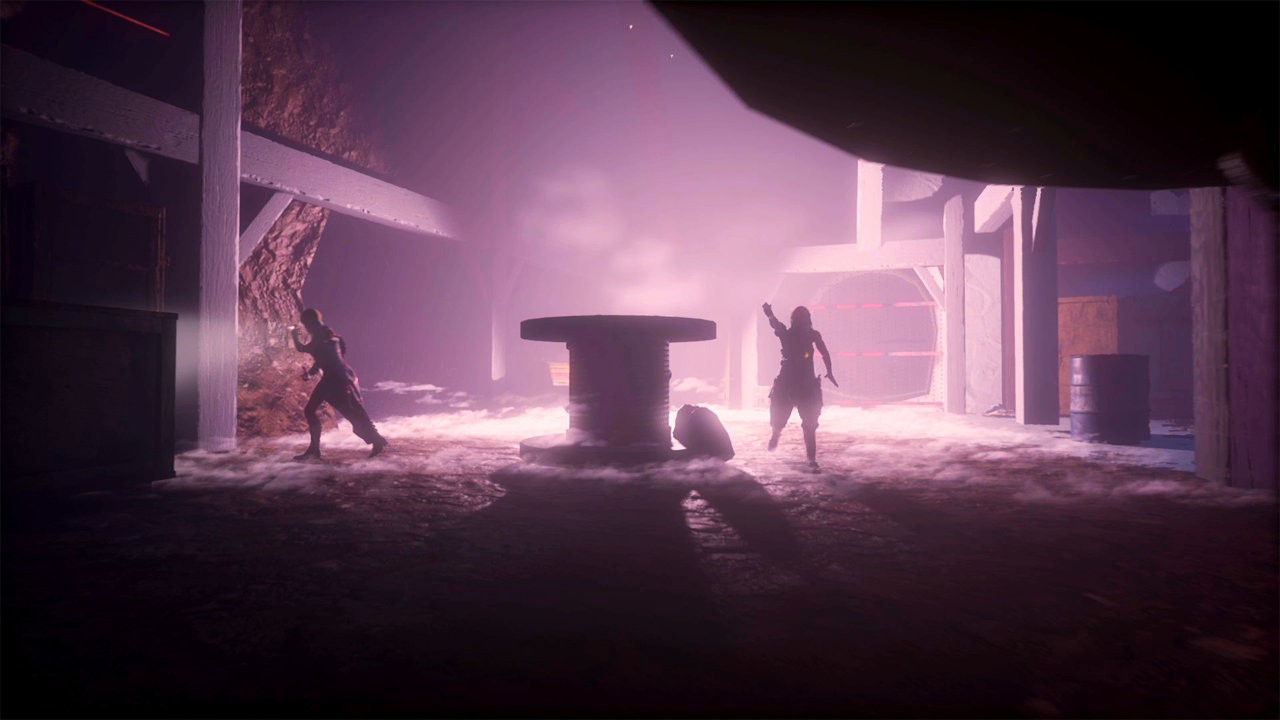 There really is some great environmental storytelling here, but it all feels pointless by the end. My friends and I spent for all time grind missions to reach level 12 as this is when the last section of the aerial part of the map becomes available. We unlocked it after 18 hours of play and were so excited to explore it. And that was perhaps the most disappointing thing of the game. It’s such an uninteresting part of the map that adds nothing to the plot/story that we just stopped playing. Maybe more journal entries will be unlocked or something if we were to keep playing but…ugh. It’s already to the point where we’re taking bets on the very few mission objectives we’ll be assigned before mindlessly doing them. There are no updates on the prologue or the world at large. Just… more missions.

The instant gameplay isn’t bad. It can still be quite tense sneaking past enemies or accidentally making too much noise and trying to recover. There aren’t many co-op stealth/horror games out there (although The Black Out Club is much closer to stealth than actual horror) there, and The Black Out Club is just on the verge of greatness, but still fails. I can’t count all the times a thrilling evade or silent stealth has occurred, only to be foiled by a climbing bug or some other sort of jank. Needless to say, it’s frustrating.

There are some really interesting mechanics that are really too vague to feel like they’re executed with a solid plan. One is when players close their eyes to see “hidden” messages and items. Footsteps will be visible leading to the next objectives, posters will display secret messages, and I have already mentioned the Shape. But apart from this creature, everything seems small and ultimately meaningless. I wish the game would do more with this mechanic because it’s super interesting. The prologue does a great job with it, and then it all falls flat (a common theme here). 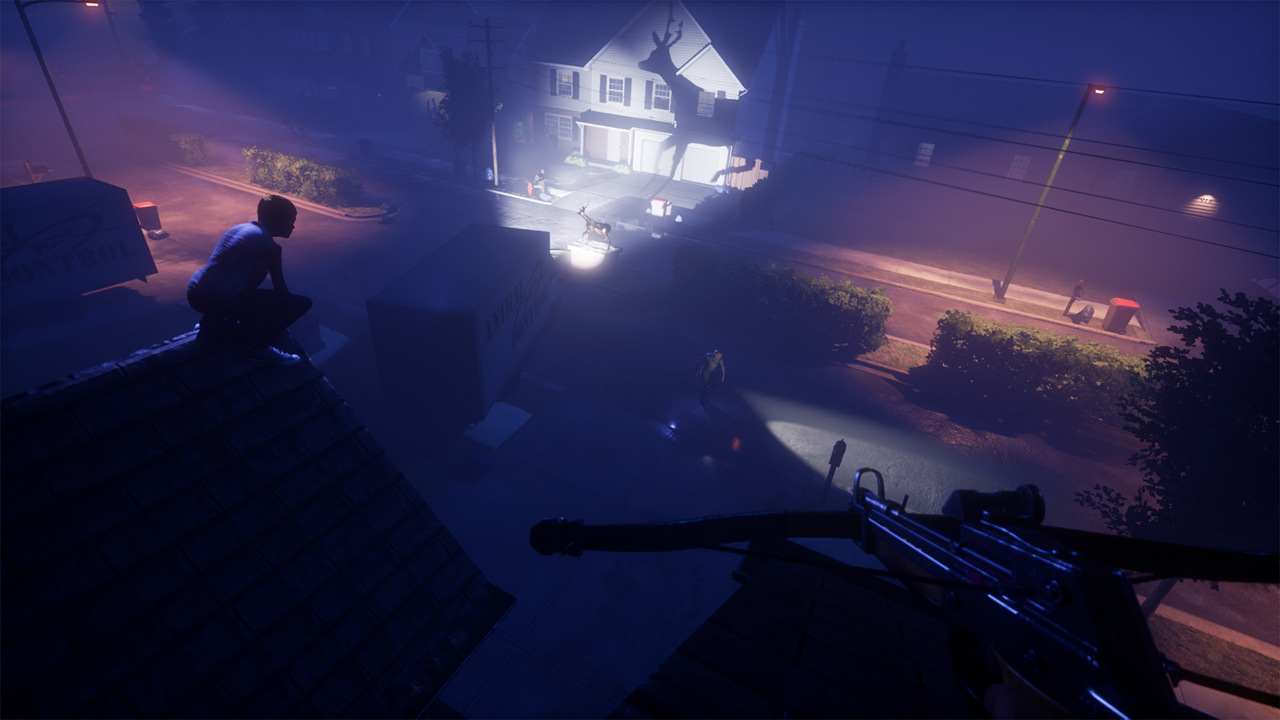 At the beginning of my recess, my friends and I received specific messages sent to us when we close our eyes. Like, it was responding to things we were doing in the game. From what I understand, it was the devs who literally messaged us and taunted us. How cool is that?! Well, that hasn’t happened since. It is also possible, after completing a mission, to receive an item that can be sacrificed in the hub area. This allows players to communicate with one of the gods and ask them a question. For example, literally ask them a question with your voice, using your microphone. The developers then voice the gods and can answer the question. These Q&A sessions are played to other players after each mission. There is a bit to know here, but much of it seems simple and meaningless.

But, I heard a player ask the gods “swiggity swooty I’m coming for this loot” and the gods said, so yes.

These things are very cool but in my 18 hours of play I never had a chance to get the item used to sacrifice and ask the gods a question. Obviously, the odds increase by collecting bonus evidence, but finding bonus evidence scattered across an ever-changing map quickly becomes a torturous exercise. Speaking of torturous exercises, don’t even bother playing this game solo. First, it becomes borderline impossible as the map size increases and second, it’s just… pointless. Playing with friends is fun because, well, you’re with your friends. Playing solo only emphasizes the grind and jank that permeates The Black Out Club. Also, if the Shape solos you, it’s game over since no one is there to revive you.

Oh I almost forgot. There are also Stalkers in the game. Stalkers are other players that can invade your mission. They appear as human characters but instead work for enemies. They sneak in, take pictures of your deeds, steal supplies, and commit other misdeeds. This can release the form earlier, causing chaos for players. Players can find and grab the Stalker to stop them. This gives the Stalker player credits to later play as the Stalker in other missions. The problem here is that once again, players are relying on Stalkers to invade their mission in order to have a chance to play as a Stalker. So many interesting elements of the game are locked away from much of the player base. 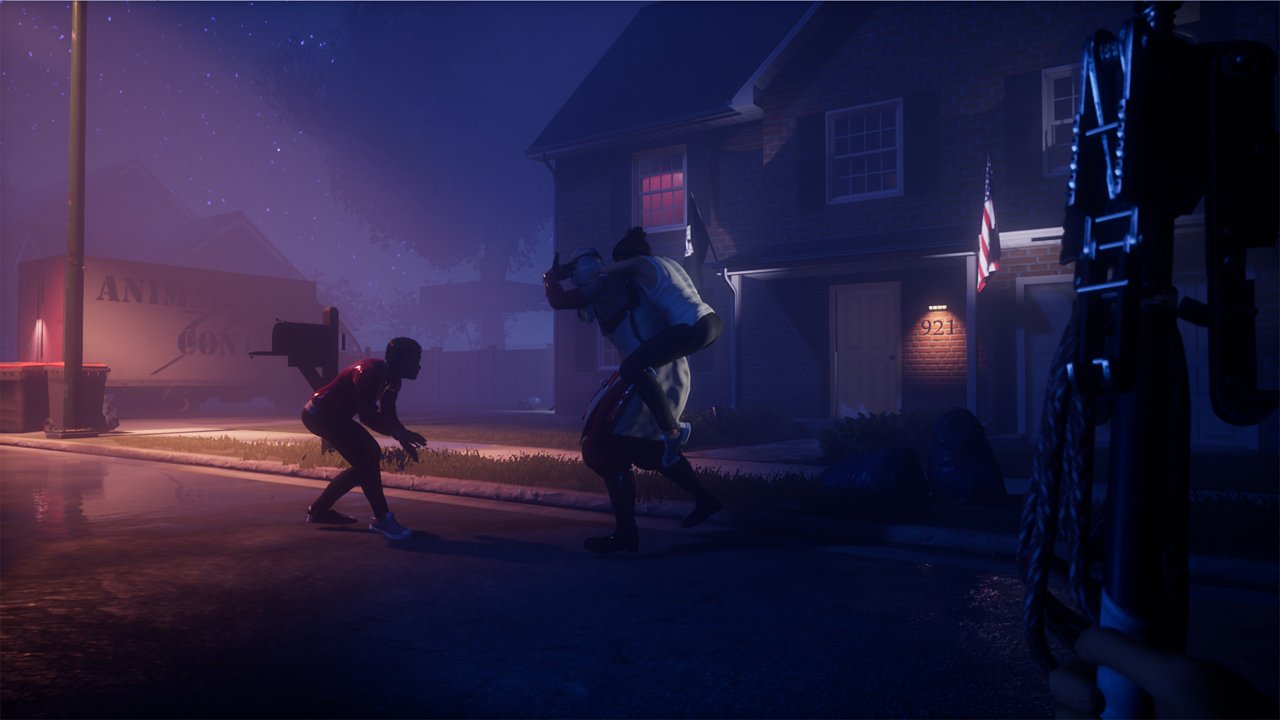 I’m so torn The Black Out Club. The prologue is an amazing experience and the game itself, while drastically different, still kept me and my friends coming back. But it’s not a good game. There are too many bugs and poorly handled mechanics holding it back, plus a huge bait and switch to story and lore. I think there’s a lot of potential here, because The Black Out Club fills a void in the market, but it’s so disappointing in its current state.